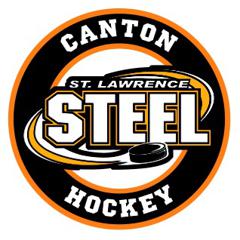 About the St Lawrence Steel

St. Lawrence Steel was initiated by CMH in 2013 at the Bantam Minor level to provide a Opportunity for kids within the region to play in the very competitive Ontario Minor Hockey League (“OEMHL”) in Canada.  This cross-border participation has been endorsed by both USA Hockey and Hockey Canada.  The formation of Steel teams allows the most competitive regional teams in our county to have consistent games against teams of the same or better caliber all within an approximately 60 mile radius of Canton.  The league is a “home and home” schedule wherein half of the approximate 35 league games are played on home ice in Canton, Potsdam or area rinks designated by the team.  The formation of regional teams often comes with the expense and time of traveling great distances to find appropriate competition. Consistent OEMHL league play allows for better competition, less expense and much more convenience, all near home. 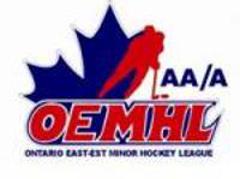 All St. Lawrence Steel teams manage their own finances with oversight by Canton Minor Hockey.  Each team is required to have an appointed treasurer with the responsibilities identified below.  Each team will determine prior to the start of the season an approximate season budget and resulting per player fee.  The collection of all fees is handle through Canton Minor hockey's billing system.  After the completion of tryouts, all selected players must register with USA Hockey for the future season as well as with Canton Minor hockey through the "Select Team Registration".  The initial registration will collect the required USA hockey information for the CMH Registrar to begin building the team roster.  This registration is required for all players to be rostered.  The fee paid covers the $100 per player CMH fee with the rest going to fund the teams account so that they may begin booking ice and paying for tournaments.  Costs for teams often range from $1000-$1500 per player.  An overview of the team expenses and an approximate payment schedule is outlined below.

Team Budget Consists of the following..